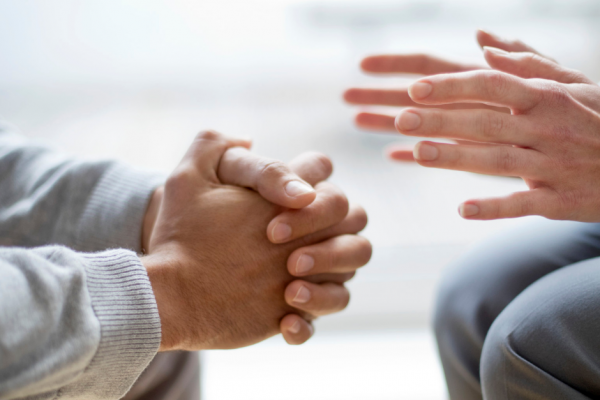 Debbie is the founder of APOD Family Support which operates support groups in Melbourne for family members of people who use drugs. One of the support groups runs out of the cohealth centre Footscray.

International Family Drug Support Day is held on 24 February and marked by a range of events and activities around Australia.

Last week I took a call from someone who has discovered syringes in her son’s room. She was in a state of shock, terrified and ashamed.

This is one of hundreds of phone calls I have answered over the last five years since I, along with three other mothers, established the Alcohol, Prescription and Other Drugs Family Support Program, which runs eight support groups around Melbourne, as well as outreach to families – all on a voluntary basis. One of the support groups operates from cohealth Footscray.

My own son battled heroin addiction for 10 years, so my conversations with family members run close to the bone. The arrival of International Family Drug Support Day on 24 February coinciding with the debate over a second supervised injecting service in Melbourne’s CBD has led me to reflect on the stigma and shame that still hangs over families of people who use drugs.

I’m a natural problem-solver, so my first instinct when I discovered my son’s drug use was to ‘fix’ it.

Turf his syringes out, read him the riot act, tell him what a disappointment he was, maybe even kick him out altogether.

But after much research I realised that I needed to approach my son’s drug use just like I would if he had any chronic illness.  ‘Substance use disorder’ is a health condition listed in the DSM-V. The diagnosis relates to someone continuing to use a substance ‘despite significant substance-related problems’.

If my son had a cancer diagnosis, I wouldn’t withdraw my care and support, and I certainly wouldn’t force him into homelessness. If I excluded him from our home, I knew I’d be pushing him into more dangerous places where he was at greater risk of overdose.

I turned my thinking from ‘how can I get my child off drugs’ to ‘how can I keep my child safe and well while they are drug dependent?’

I helped connect him to places where he could get clean needles, I made sure I always had the overdose-prevention medication Naloxone in our house, I found a GP who gave non-judgemental advice about avoiding Hepatitis C, preventing abscesses, and avoiding overdose.

My son would regularly travel to North Richmond to buy drugs, and sometimes he would inject right there in the streets because his addiction was so intense that he couldn’t wait until he returned home, or he feared being arrested on the way. This was five years ago, before the North Richmond Supervised Injecting Room. If that service had been operating then, he would have had a place in which he could use drugs under medical supervision.

My son has now stopped using drugs. I won’t pretend it was a quick and easy process, but since coming out of addiction, he has started his own business, found a partner, and become active in the community.

He has come out the other end of his addiction alive and free of blood-borne disease, brain injury or permanent vein damage because of the harm reduction services made available to him.

When family members come to our support groups, they feel burdened with shame and stigma, unable to talk to their colleagues, friends or family for fear of judgement.

That same fear of judgement prevents people who use drugs from seeking help, meaning their health issues spiral.

Once we accept that drug addiction is not a moral issue demanding sheer determination to overcome, we can agree that people who use drugs deserve health services that treat them as humans first.

We, as a society, need to be prepared to meet people ‘where they’re at’ through harm reduction services – needle exchange programs, HIV and Hepatitis testing, safe injecting rooms, Naloxone training and distribution, education and treatment.

The harm reduction approach eases the stigma attached to addiction, and keeps people within arm’s reach, which greatly improves the chances that they will stay alive, and one day have the chance to recover from their addiction, as my son did.

Giancarlo Di Stefano is a community health nurse at cohealth Innerspace in Collingwood, where he provides specialist health care to people who use drugs. His work allows him to engage with a person about a very specific health issue and then extend that care to meet other related needs. He recently started using a vein finder in his work. Vein finders are non-invasive hand-held devices that are used to locate hard-to-find veins for blood sampling and other procedures.