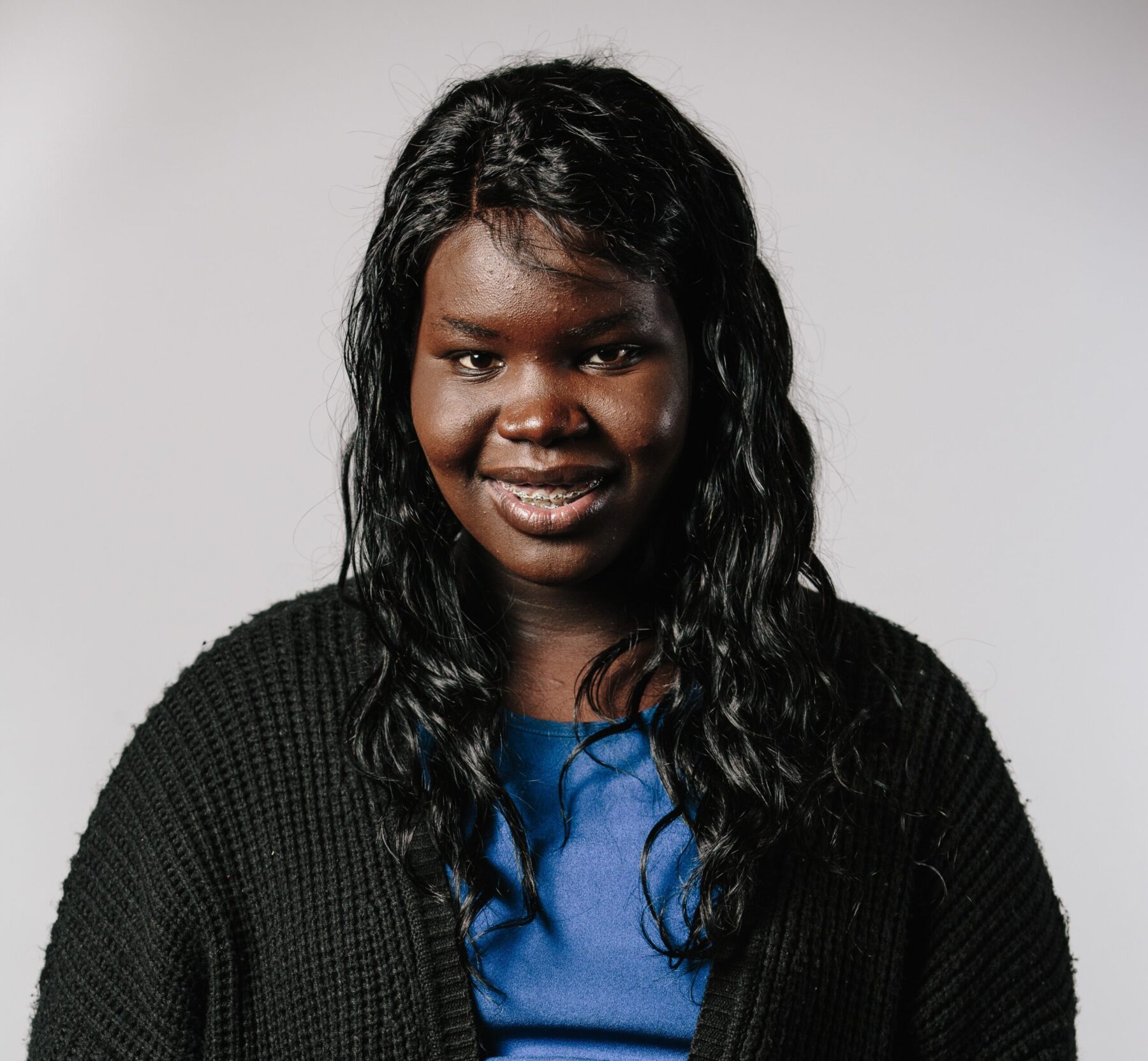 Nyakeer Akoul’s Sudanese community has been caught up in a firestorm in the past year; used as a political football, media fodder and subjected to racist stereotyping. When she gets up and talks in front of a group, school children, community groups or cohealth providers, she tells it how it is.

“I know what it’s like to have people stare at you, to get followed around a shopping centre by security and to get jostled getting onto a train so you can’t get in the carriage,” Nyakeer said. She follows her own advice. “Don’t react angrily.” But she won’t stay silent.

Nyakeer, cohealth worker, community advocate and RMIT Social Sciences student, is pushing for change. She is part of a different story that people will tell about the Sudanese community in Australia. There’s a lot of good going on and she is right in the thick of it, using dance and story to change how young Australians see young Africans.

“When you go into a primary school, most students have no idea about your culture or things you’ve learnt or done here in Australia, but they have been watching the news and seen the African community being displayed and treated unfairly in a negative light. So one of our roles is to make the children aware of the different cultures and talents in the room. I teach them some West African dance moves and they hear different stories from the art facilitators about being a person of colour in Australia,” she said. “They are young and open to a different stories. Sometimes when we talk to them about the signs of racism, they don’t even understand that has been happening around them. The workshops also give the children a chance to ask any questions they want to know.”

Nyakeer, 20, is part of cohealth Art Generator’s Sisters and Brothers project, visiting schools for a weekly workshop for the term with other art facilitators. The workshops aim to build empathy towards those who experience discrimination; highlight cultural differences as well as what we have in common. The workshops also create a conversation about race-based discrimination and identifying the roles of each person; for example the Person Responsible, Target and Witness.

The project is done through music, dance, role-play, but most importantly stories are the weapons of choice for the team of young cohealth workers, who have worked in schools across the Brimbank, Melton, Wyndham, and Maribyrnong areas.

Nyakeer’s family left Sudan and arrived in Australia, via Egypt, in 2004. Her life in Australia has been lived at St Albans, but her work and influence is extending way beyond the western and northern suburbs. As well as her work with cohealth, Nyakeer has been part of the New Change Collective working with Brimbank City Council in secondary schools to influence young people on major social issues.

“The first project in 2015 was talking to groups about sexual health and safe relationships. This year we are focussing on strengthening social identity and working closely with young people,” she said.

Nyakeer’s community work also influences how cohealth provides support and services to people of colour within the community. She works closely with cohealth ensuring services are culturally appropriate.

Nyakeer has a lot on her plate, but loves her work and is fierce in her determination to be a voice and role model for the Sudanese community – now more than ever. In 2016 she was recognised by the Brimbank City Council when she was honoured as Young Citizen of The Year.

“Most people in our community are feeling self-conscious and some people are stepping back. But we have to advocate for our community and talk about all the good things. It’s hard work but I love what I do, so it’s not an effort,” she said. “I am part of something where change is possible.