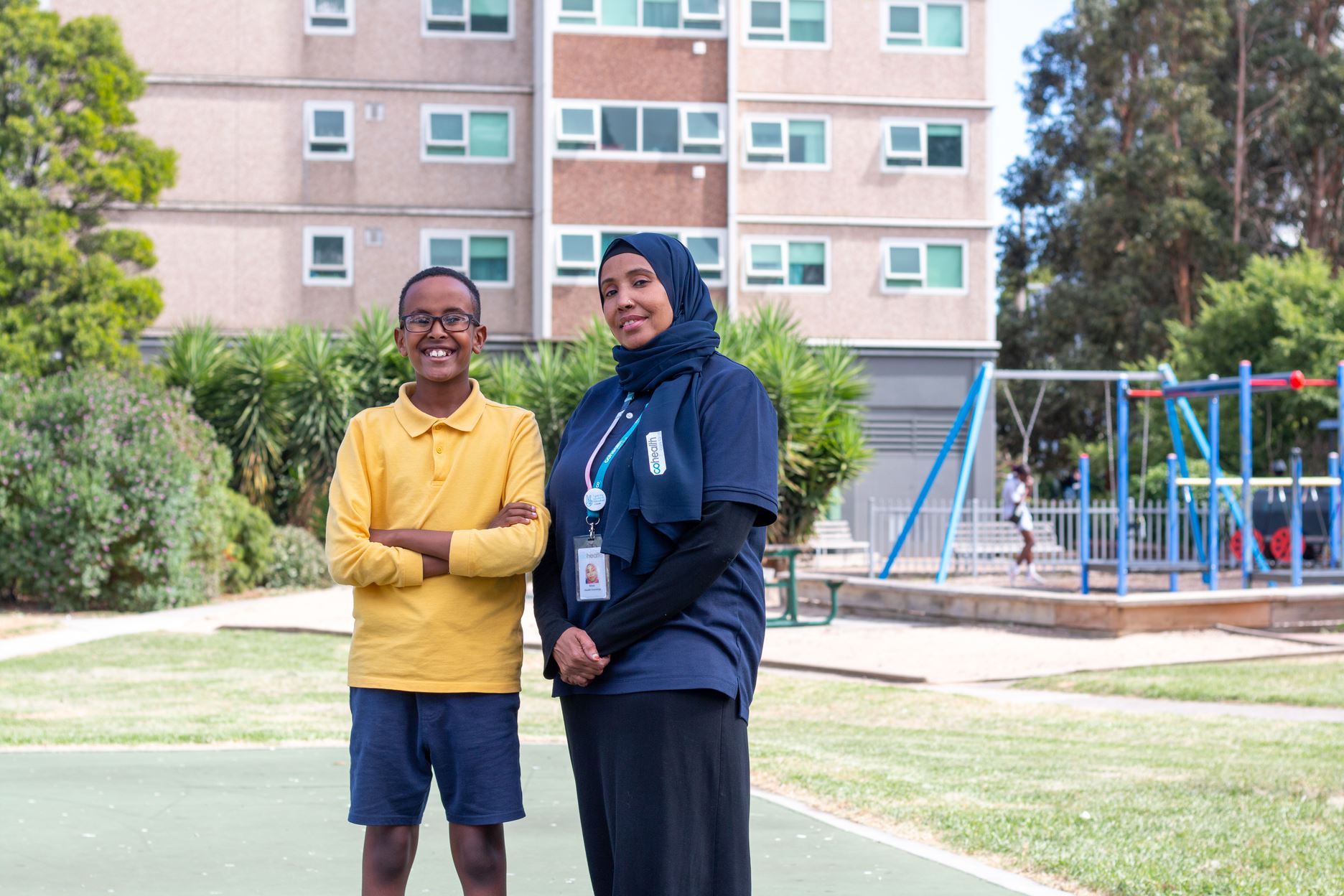 As the rollout of COVID vaccinations to children and young people progresses throughout Victoria, kids living in public housing high rise have been among the thousands of children lining up to get their jab in time for the start of the school year.

Thanks to a rolling schedule of cohealth pop-up vaccination clinics at high-rises in the north and west of Melbourne, it’s been even easier for residents to get their kids vaccinated, and get their own booster at the same time.

Since the beginning of January, more than 800 people have been vaccinated at Collingwood, Fitzroy, North Melbourne, Flemington and Carlton high-rise estates. Encouragingly, more than 1-in-5 of those receiving vaccinations at the pop-ups were children.

cohealth Health Concierges, Adolf Mora and Koos Hashi, who live and work at the Collingwood public housing high-rise, recently had their respective children vaccinated at the pop-up clinic, and have been encouraging other parents to do the same.

Adolf has been living at Collingwood high-rise for seven years, and became a Health Concierge last year, which seems him stationed at the base of the towers helping share information about COVID and the vaccine.

Adolf, who is originally from West Papua, is father to 13 year old Lamech, who got vaccinated at cohealth’s pop-up clinic at 240 Wellington St high-rise in the last week of January.

“I wanted Lamech to get vaccinated so he would have more protection before he went back to school. I wanted him to be able to start school without any problems,” said Adolf.

“He’s very proud of himself and has been telling his friends he got vaccinated.”

“It’s important that we can talk about it in a way that is not scary – both for the kids and the parents. I explain that children can have the virus and have no symptoms, but they can still be passing it on to people.”

“Lamech has had all his childhood immunisations, so this is not a new thing for him. I got the booster at the same time as Lamech got his first dose, and it was a good experience for both of us,” said Adolf. 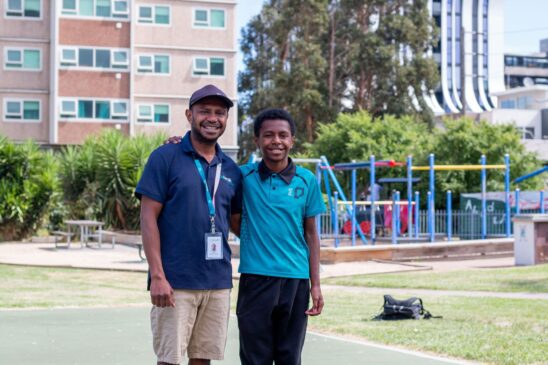 Koos Hashi is another Health Concierge who lives and works at Collingwood who recently decided to get her 10-year-old son, Jamal, vaccinated.

In the first week of January Koos and Jamal got COVID after a trip to Sydney. Koos was triple vaccinated but Jamal had not yet been vaccinated as he wasn’t eligible. Koos’s symptoms were very mild, though Jamal had a fever and felt weak and tired.

As soon as he had completed his quarantine and his symptoms had passed, Koos was adamant that Jamal be vaccinated to protect him before he started Grade 5 at local Fitzroy Primary School. They took advantage of cohealth’s pop-up clinic at the high-rise.

“I asked Jamal what he was feeling about getting vaccinated. I explained to him why I thought it was a good idea. He said, ‘Why mum?’ and I said ‘People are getting the vaccine all over Australia. It is safe.’,” said Koos.

“He was nervous when we arrived. I pinched him and told him it wouldn’t hurt more than that. After (the vaccine) he said he didn’t feel anything.”

Koos said, “I say to people ‘please go and get the vaccine. I’ve had COVID and it’s not good. Please protect yourself and your kids.”

Due to her experience, Koos has been able to provide trusted counsel to other parents in the high-rise community.

Koos is originally from Somalia, and says that her cultural background helps her to have meaningful conversations with other residents who have a shared history.

“Many of the residents are Eritrean, Sudanese and Somalian. For those who speak Somali, I talk to them in our language.”

“When I was working downstairs at the towers and Jamal had first got his vaccination, a lot of people were asking me, ‘How is Jamal feeling after the vaccination? Was it ok? Did he have side effects?’ and I can tell them, ‘no, he’s feeling fine.’”

“I’m happy because Jamal is safer now with even just the first dose. It was important before he goes to school so he can stay healthy and protect himself.” 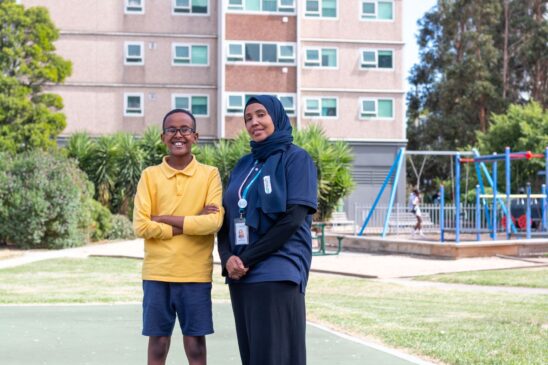