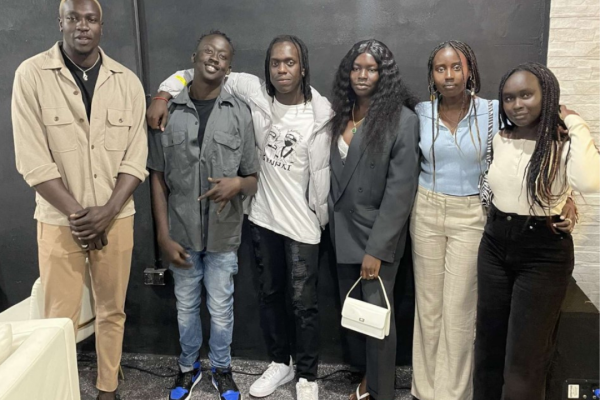 A community-led program has been breaking the stigma around mental health and improving the wellbeing of South Sudanese Australians in Melbourne’s west.

South Sudanese Australian Minds, funded by cohealth, and supported by The Australian Centre for Social Inclusion and Department of Health, was nominated as a finalist in the Service Design category of the 2020 Premier’s Design Awards.

The program was co-designed by young South Sudanese Australians Awak, Nanchok, Aguang, Nayndng, Atoug and Deng to build mental health awareness and capability among their peers.

Over the past seven months, the program has brought together hundreds of South Sudanese Australians of different generations and genders to safely discuss mental health.

‘Conversations between Generations’ was live streamed on Facebook, helping  connect people through an understanding and empathy of each other’s mental health experiences.

“Everyone in our community was really surprised that there was a panel of men who were being really transparent about mental health and what they’re going through,” Nanchok says. “A young man said he was really inspired because men don’t typically speak up about stuff like that.”

After delivering eight sessions of ‘Conversations between Generations’ last year, the Team have now switched their focus to their next idea, ‘Culture Party’.

‘Culture Party’ aims to provide a safe space for South Sudanese artists to come together and have raw, unfiltered, and entertaining conversations about mental health, creativity, and artistry. The first Instagram Live event saw 600+ South Sudanese Australian young people tune in. In late February, the team delivered their first event in person, which they have since been running fortnightly at a black-owned business.

Nanchok is most proud of how they have used the spaces, services and people within their community.

“The reason our events have been so successful is because they have been designed, delivered and supported for and by people in our community.”

This year the team will deliver mental health training, and are explore how they might be able to deliver their impactful ideas at a national level.

“With everything returning to normal, there is more energy in the air, and we can be more creative in how we can run the ventures,” Nanchok says, “there are no more limits on how far we can go!”