and the winner of the 2018 frank fisher award is… 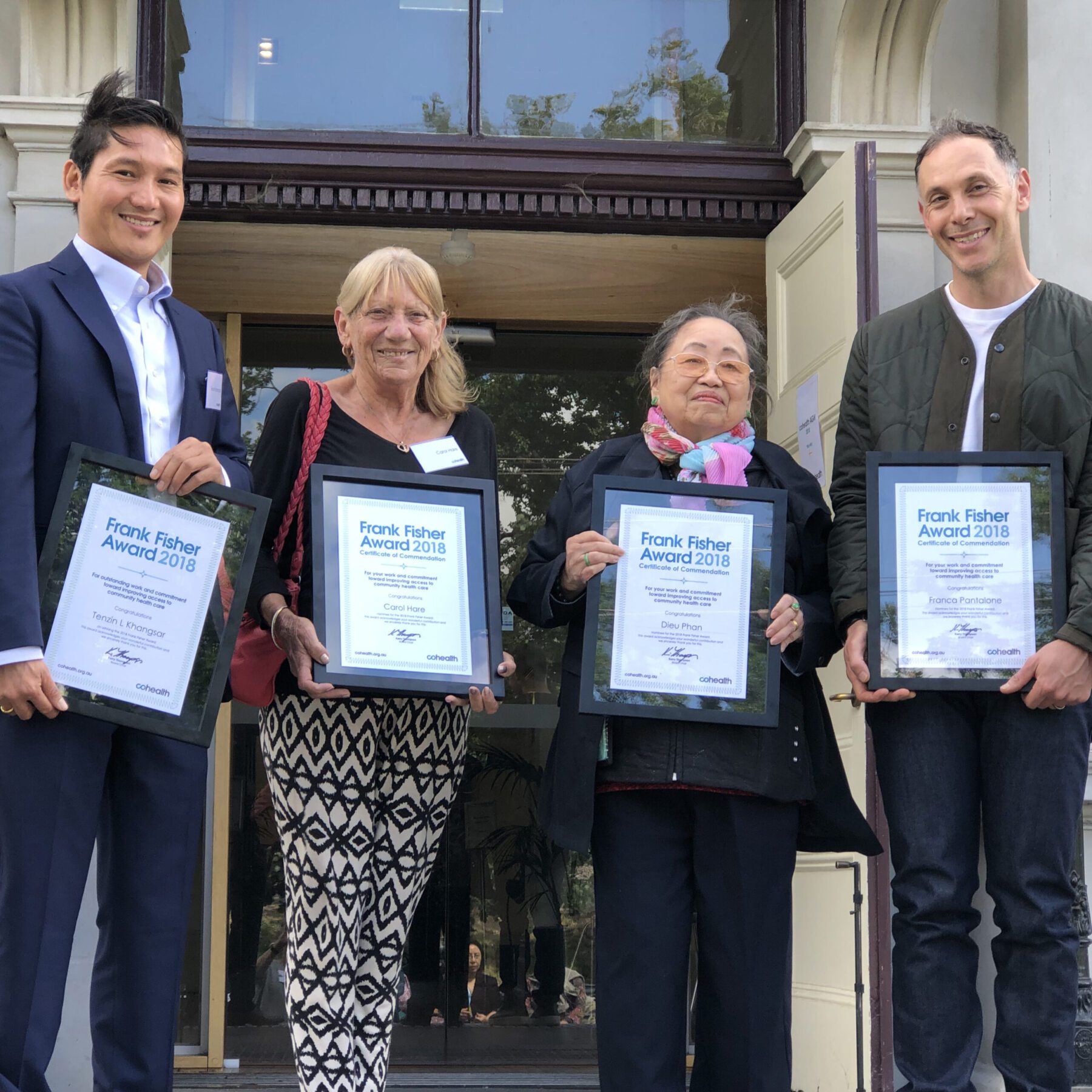 Each year at the Annual General Meeting, cohealth celebrates and recognizes those who have continued the legacy of Frank Fisher, a spokesperson for people with disability who devoted his life’s energy working to ensure that those who are vulnerable are heard, especially on the issues of health and wellbeing and environmental sustainability.

The 2018 Frank Fisher award was won by Tenzin Khangsar, a community interpreter and President of the Tibetan Community of Victoria, who supports hundreds of people across the northwestern region.

Tenzin organised the inaugural Tibetan Community Refugee Week event in Western Melbourne in 2018 for over 100 people from the Tibetan and broader community. He also helped organise the ‘Tibet Advocacy Project’ with the Australian Tibet Council over the last six years. This project advocates for the basic human rights of Tibetan people in Tibet to Australian Parliamentarians.

and the 2019 frank fisher award goes to…